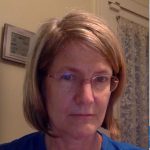 Interactive technology is increasingly integrated with physical objects that do not have a traditional keyboard and mouse style of interaction, and many do not even have a display. These objects require new approaches to interaction design, referred to as post-WIMP (Windows, Icons, Menus, and Pointer) or as embodied interaction design. This presentation provides an overview of the design opportunities and issues associated with two embodied interaction modalities that allow us to leave the traditional keyboard behind: tangible and gesture interaction. The presentation starts with an overview of four design projects which explore the design of tangible interaction with a reconceptualization of the traditional keyboard as a Tangible Keyboard, the design of interactive 3D models as Tangible Models, the design of gesture-base commands for a Walk-up-and-use Information Display, and the design of a gesture-based dialogue for the willful marionette art installation. These projects provide a foundation for design principles for tangible and gesture interaction and a call for research on the cognitive effect of these modalities.

Mary Lou Maher is Professor and Chair of Software and Information Systems at UNC Charlotte. Dr. Maher’s current research interests include: cognitive effects of embodied interaction modalities, computational and cognitive models of creativity and curiosity, and design patterns for active learning strategies in CS education. At UNC Charlotte she has expanded the HCI program to include an undergraduate and graduate concentration in the CS and MSIT degrees, and she has established a Graduate Certificate in HCI. While at the University of Sydney, she created a new undergraduate degree called a Bachelor of Design Computing. While a Program Director at NSF, she started a funding program called CreativeIT.  She is the author or editor of 10 books and over 180 publications. Her most recent book, published in 2017 is Designing for Gesture and Tangible Interaction: http://www.morganclaypoolpublishers.com/catalog_Orig/product_info.php?products_id=1047