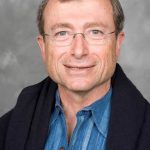 In 2019 we are continuing to commemorate the 50th anniversaries of many momentous events of 1968 and 1969 in the US, with television programs, technical symposia, and online media    Those years were marked by devastating events such as the assassinations of Martin Luther King and Robert Kennedy, and by the “flower power” hippie movement and the closely related anti-Vietnam war movement.  There also were stunning technical achievements including the first walk on the moon by Neil Armstrong and the even more societally impactful “Mother of All Demos” of NLS by Doug Engelbart and his team at the ’68 Fall Joint Computer Conference that helped shape the personal computer revolution in ways that are still evolving today.  Less well remembered is that graphics pioneer Ivan Sutherland presented a paper on “a head-mounted three dimensional display” at the same conference.   Commemorative symposia were held to mark these two key events last year, and being on a panel last December at “The Demo @ 50:  Celebrating the 50th anniversary of Doug Engelbart’s Landmark Demo”, paired with another panel titled “Doug’s Unfinished Revolution,” led me to a framework for this TUX talk.

Using a very early version of our personal and workgroup hypermedia information management system, Dash, I will interweave six technical visions and some of the visionaries that have inspired me in my research over the last five decades.  My group and I have concentrated on the natural intersection of interactive graphics used for human-computer interaction and hypertext.  While these six visions, which overlap in significant ways, can be characterized by slogans and catch phrases associated with well-known personalities, they typically are based on much earlier antecedents.  I picked “Information at Your Fingertips”, Personal Computing, Information Management and Structures, “Connecting the World“, “UBIcomp” and “Natural User Interfaces”.  In line with the meme of “unfinished revolutions” I will give an example scenario of a device-independent integrated system encompassing key aspects of these visions that is seamless and ubietous (in the Buxton sense), and talk about how far we still have to go in component technologies and integration to achieve that vision.  I will finish with some personal reflections about societal issues that are increasingly urgent and that comprise part of our field’s unfinished revolutions.

Andries van Dam, is the Thomas J. Watson Jr. University Professor of Technology and Education and Professor of Computer Science at Brown University.  He has been a member of Brown’s faculty since 1965, was a co-founder of Brown’s Computer Science Department and its first Chairman from 1979 to 1985, and was also Brown’s first Vice President for Research from 2002 – 2006.

His research includes work on computer graphics, hypermedia systems, post-WIMP and natural user interfaces (NUI), including pen- and touch-computing, and educational software.  He has been involved for five decades with systems for creating and reading electronic books with interactive illustrations for use in teaching and research.

In 1967 Prof. van Dam co-founded ACM SICGRAPH (the precursor of SIGGRAPH) and from 1985 through 1987 was Chairman of the Computing Research Association.  He is a Fellow of ACM, IEEE, and AAAS, a member of the SIGGRAPH Academy, the National Academy of Engineering, and the American Academy of Arts & Sciences.  He has received the ACM Karl V. Karlstrom Outstanding Educator Award, the SIGGRAPH Steven A. Coons Award for Outstanding Creative Contributions to Computer Graphics, and the IEEE Centennial Medal, and holds honorary doctorates from Darmstadt Technical University, Swarthmore College, the University of Waterloo, and ETH Zurich.  He has authored or co-authored over 100 papers and nine books, including “Fundamentals of Interactive Computer Graphics” and three editions of “Computer Graphics: Principles and Practice”.