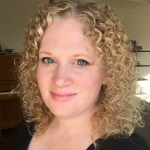 Games have long been used to support social interaction and
create shared experiences that draw us closer together. Digital games
are increasingly being used to form and maintain relationships and
researchers have been investigating the role that social games play in
satisfying our need for relating to others. However, games researchers
must balance the tradeoff between using experimental rigor to control
the environment for internal validity with the external validity of
having participants feel like they are engaging in play with friends
under their own volition, rather than participating in an experiment.
In this talk, Mandryk will present her perspective on trying to
reconcile the fundamental incompatibility of doing controlled
scientific experiments in the context of social play. Drawing from 15
years of experience, she will share what works, what doesn’t, and what
she hopes to see in the future.

Regan Mandryk is a professor in Computer Science at the
University of Saskatchewan; she pioneered the area of physiological
evaluation for computer games in her award-winning Ph.D. research at
Simon Fraser University with support from Electronic Arts. With over
200 publications that have been cited thousands of times (including
one of Google Scholar’s 10 classic papers in HCI from 2006), she
continues to investigate novel ways of understanding players and their
experiences, but also develops and evaluates games for health and
wellbeing, and games that foster interpersonal relationships. Regan
has been the invited keynote speaker at several international game
conferences, led Games research in the Canadian GRAND Network,
organizes international conferences including the inaugural CHI PLAY,
the inaugural CHI Games Subcommittee, and CHI 2018, and leads the
first ever Canadian graduate training program on games user research
(SWaGUR.ca) with $2.5 million of support from NSERC. She was inducted
into the Royal Society of Canada’s College of New Scholars, Artists
and Scientists in 2014, received the University of Saskatchewan New
Researcher Award in 2015, the Canadian Association for Computer
Science’s Outstanding Young Canadian Computer Science Researcher Prize
in 2016, and the prestigious E.W.R. Steacie Fellowship in 2018.