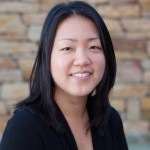 Have you ever wondered what it’s like to be a robot? While others are wildly speculating about what the future of robots will look like, we actually already know quite a bit about what it’s like to live and work around robots. We also know a lot about what it’s like to telecommute to work everyday via telepresence robot. Coming from a human-robot interaction perspective, I’ll be sharing some of those experiences and lessons with you. Over the past several years, I’ve collaborated with remote colleagues via robotic telepresence systems that enabled them to drive themselves around the office, join in those impromptu hallway meetings, pounce on us when we didn’t respond to emails, and ultimately build stronger working relationships. I’ll present the research lessons learned from several years of fielding prototype telepresence robots in multiple companies and running quantitative user studies in the lab to figure out how to better support remote collaboration.

Leila Takayama is a senior user experience researcher at Google[x], a lab that aims for moonshots in science and technology. Prior to joining Google[x] in 2013, Leila was a research scientist and area manager for human-robot interaction at Willow Garage. She is also a World Economic Forum Global Agenda Council Member for the area of AI & Robotics. This year, she was awarded the IEEE Robotics & Automation Society Early Career Aware. In 2012, she was named a TR35 winner and one of the 100 most creative people in business by Fast Company.  With a background in cognitive Science, psychology, and human-computer Interaction, she examines human encounters with new technologies. Dr. Takayama completed her PhD in communication at Stanford University in June 2008, advised by Professor Clifford Nass. She also holds a PhD minor in psychology from Stanford, a master’s degree in communication from Stanford, and bachelor’s of arts in psychology and cognitive science from UC Berkeley (2003). During her graduate studies, she was a research assistant in the User Interface Research (UIR) group at Palo Alto Research Center (PARC).