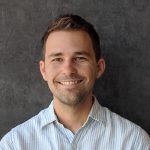 An increasingly common feature of online communities and social media sites is a mechanism for rewarding user achievements based on a system of social incentives, such as badges. Badges are given to users for particular contributions to a site, such as performing a certain number of actions of a given type. In this talk, I will speak about how badges can influence and steer user behavior on a site—leading both to increased participation and to changes in the mix of activities a user pursues on the site. I’ll introduce a formal model for reasoning about user behavior in the presence of badges, and in particular for analyzing the ways in which badges can steer users to change their behavior. To evaluate the main predictions of our model, we study the use of badges and their effects on the widely used Stack Overflow question-answering site, and find evidence that their badges steer behavior in ways closely consistent with the predictions of our model. We then investigate the problem of how to optimally place badges in order to induce particular user behaviors. Several robust design principles emerge from our framework that could potentially aid in the design of incentives for a broad range of sites.
Finally, I’ll report on a large-scale deployment of badges as incentives for engagement in a MOOC, including randomized experiments in which the presentation of badges was varied across sub-populations. We find that badges significantly increased student engagement, with the magnitude of the increase varying with the saliency of the badge presentation.

Ashton Anderson (University of Toronto) is an Assistant Professor of Computer Science at the University of Toronto, where he is also a Faculty Affiliate with the Vector Institute and a Research Fellow in Behavioural Economics. He received his PhD from Stanford University in 2015 and completed a postdoctoral appointment at Microsoft Research NYC in 2017. His research in computational social science focuses on questions in the increasingly vital intersection of data and society. His work has appeared in Proceedings of the National Academy of Sciences, Sociological Science, and The Web Conference.